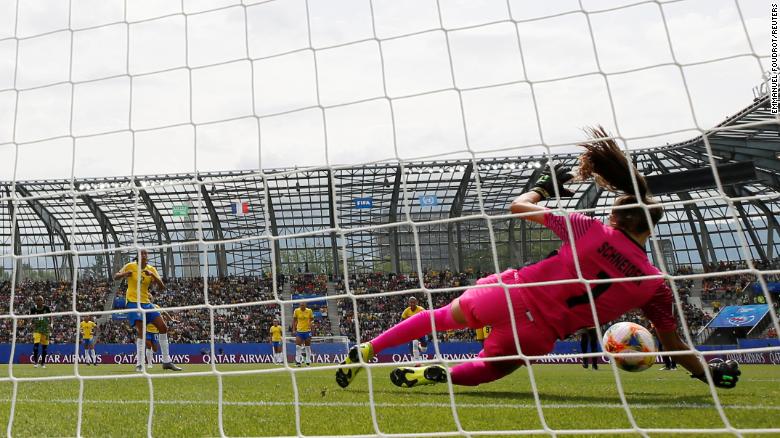 No one expected Jamaica to beat or even tie Brazil in their opening Women’s World Cup game Sunday. After all, Brazil is one of the best teams in the world.But while Brazil won 3-0, it was Jamaica’s goalie — in her first World Cup appearance — who helped keep her team’s hopes alive, making an incredible penalty save at one point in the match.What’s more, Sydney Schneider is only 19, still attending college, and didn’t even start playing goalie until a few years ago.

Jamaica goalkeeper Sydney Schneider, left, holds the ball during the Women’s World Cup Group C soccer match between Brazil and Jamaica on Sunday.It’s not a bad first impression on the world stage.Schneider even caught the eye of Jamaican sprinter and Olympic gold medalist Usain Bolt, who sent out a tweet applauding the goalkeeper.

Here’s what we know about Schneider.