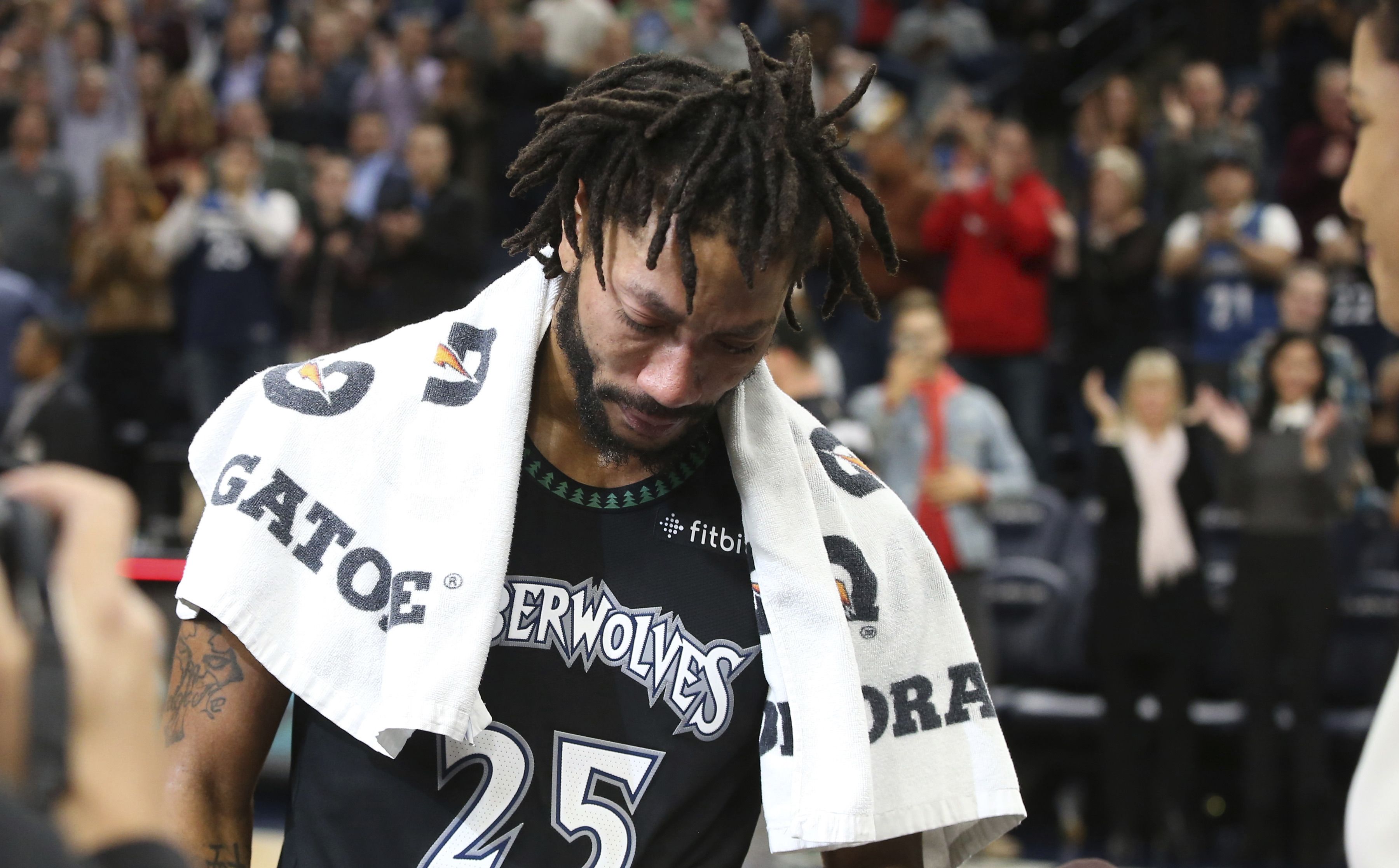 The Inspiring Resurgence Of Derrick Rose

Article by Frances Bridges, via Forbes

Approximately a year ago, NBA point guard Derrick Rose stepped away from the Cleveland Cavaliers as he was recovering from an ankle injury, and “re-evaluating his future in the NBA,” according to an ESPN report. The idea that the injury-prone point guard would be reunited with his old Bulls coach, Tom Thibodeau, playing for the Minnesota Timberwolves, would be putting up a career-high 50 point game and showing signs of his former MVP self a year ago seemed wild and remote. Retirement seemed more likely. But he went ahead and signed with the Timberwolves during free agency for the veteran minimum salary with his old coach, and it felt like a Hail Mary for both of them. What a difference a year makes. Rose, after not re-signing with the New York Knicks and the Cleveland Cavaliers, is in top form at the Timberwolves after nearly retiring from the NBA. Most everyone, except Rose himself and Thibodeau, had written him off.