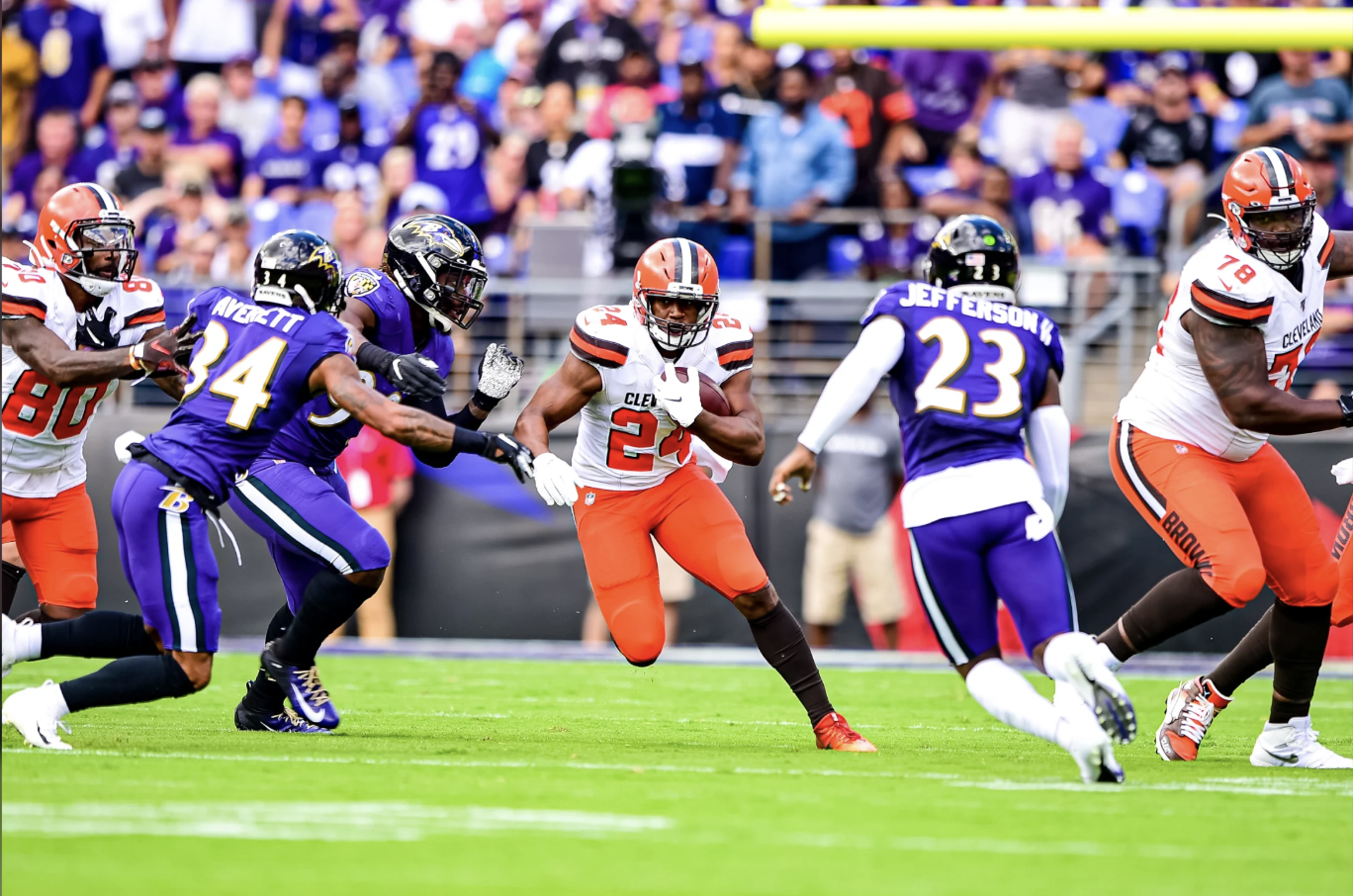 The only people Nick Chubb didn’t leave floored Sunday were his teammates. They’ve seen this speed before.

Chubb kicked into another gear when he dashed Baltimore’s hopes of a fourth-quarter comeback, bolting 88 yards down the right side of the field for a game-sealing touchdown. According to NFL’s Next Gen Stats, Chubb hit 21.95 miles per hour at the peak of his run — the fastest speed by anyone on a touchdown run this season.

“He can roll,” said quarterback Baker Mayfield, who hit 18.92 miles per hour while chasing Chubb down the field in celebration.

“I think people underestimate his speed. Once he gets to that second level, he’s got true break-away speed. People say he’s a power back, which he is, it takes more than one guy to bring him down. But, he’s got that speed to make a play like that.”

By comparison, Chubb hit 20.82 miles per hour on his record-setting 92-yard run last year against the Falcons.