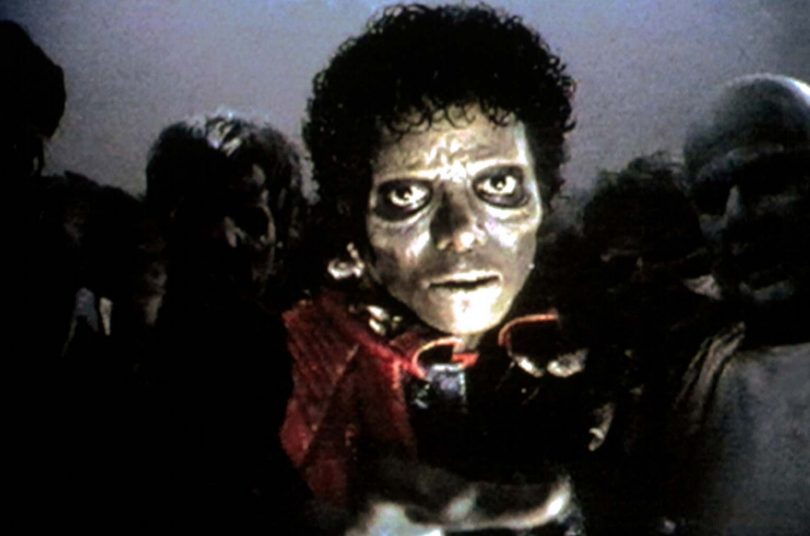 Article by Karen Bliss, via Billboard

Sunday (Dec. 2) marks 35 years since the debut of Michael Jackson’s ground-breaking “Thriller” music video, which premiered on MTV and launched a dance craze, a red-jacket fashion favorite, and more pricey and ambitious videos by other top-tier artists.

The 14-minute “short film,” as the late singer preferred to call it, was shot on 35mm in downtown Los Angeles in the middle of the night. It was directed John Landis (National Lampoon’s Animal House, The Blues Brothers, An American Werewolf in London), and written by Landis and Jackson.

The title-track from Jackson’s 1982 album was written by Rod Temperton and produced by Quincy Jones, and became the seventh single after such hits as “Billie Jean” and “Beat It.” The landmark film went on to win three MTV Awards, two American Music Awards and a Grammy, and is the first and only music video to be inducted into the National Film Registry by the Library of Congress.