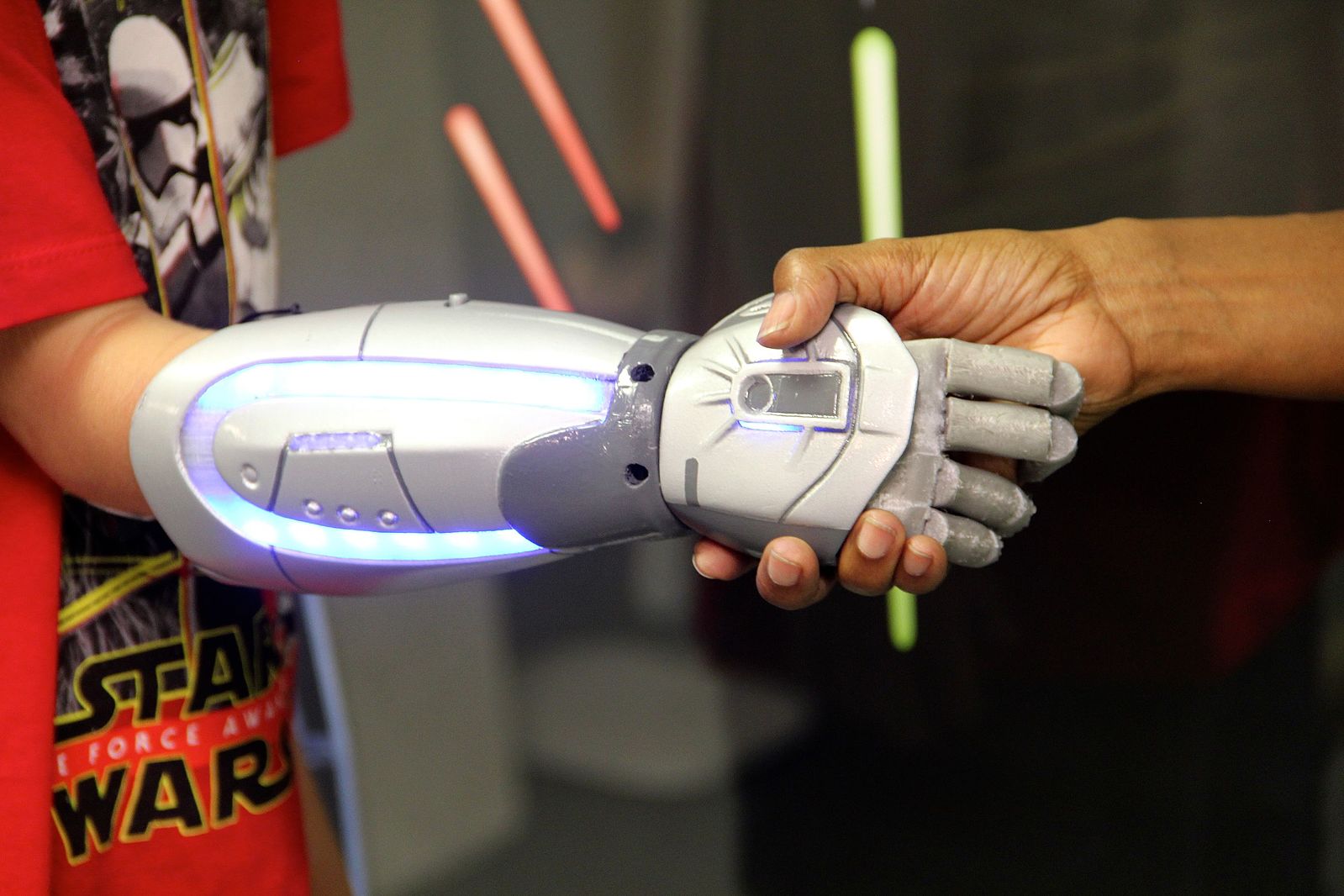 An 11-year-old Star Wars fan got a R2-D2 bionic arm. Mark Hamill called her a hero

It was Isabella Tadlock’s dream to be able to bend her fingers and pick things up. But she was born with a disability that make that challenging.

So when the 11-year-old Star Wars fan asked for a R2-D2 bionic arm, she thought it was going to be the best gift ever. Then came the call from a familiar face.

Mark Hamill, known to most as the man who played Luke Skywalker, Skyped Isabella when he found out that her new arm had been delivered. She showed him her new R2-D2 arm and after the two had a 30 minute conversation, he sent her passes to Disney World.