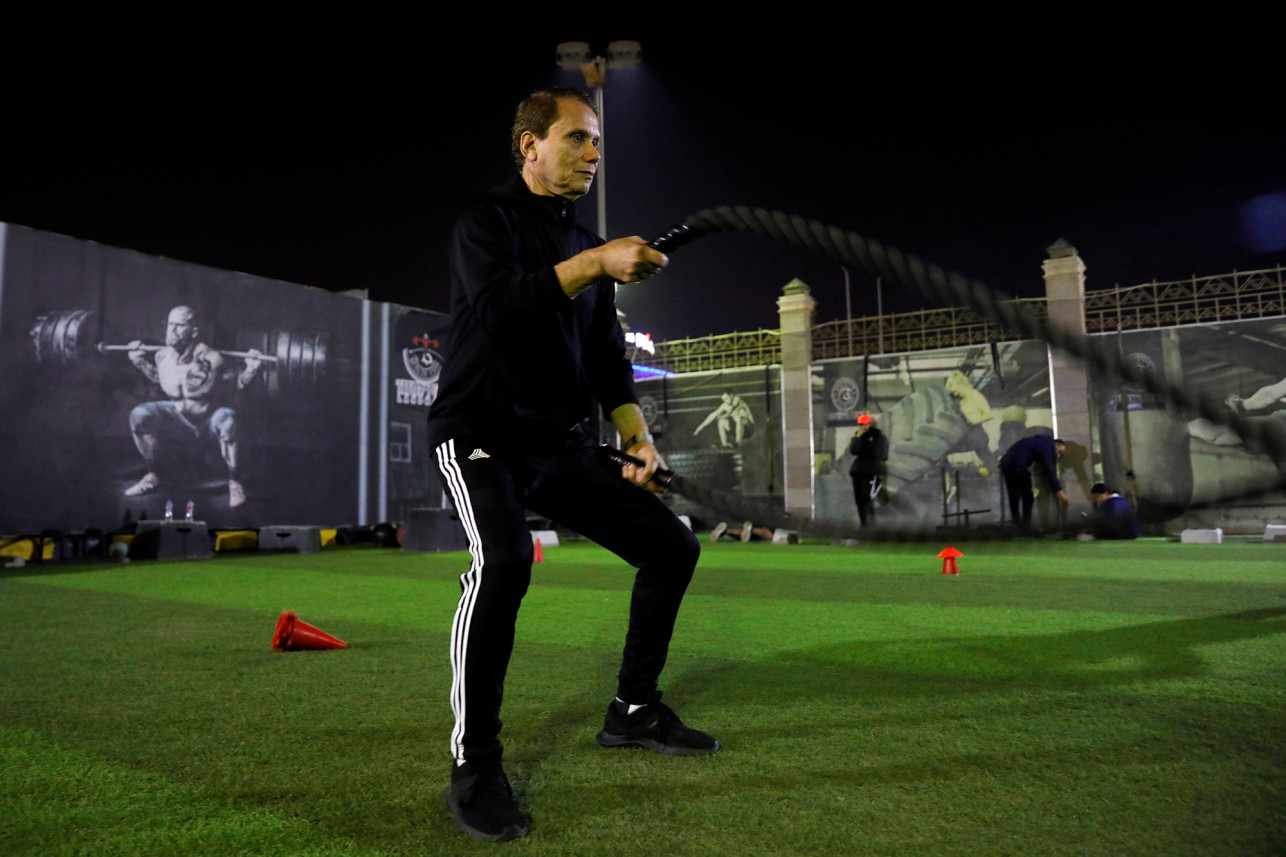 The thought of playing soccer as a professional had remained a distant dream for Ezzeldin Bahader for decades – until, at the age of 75, he registered with the Egyptian Football Association as its oldest player yet.

Bahader, father of four and grandfather of six, started playing football in the streets of Cairo at the age of six.

As an adult, he was consumed by his work as a civil engineering consultant and later land cultivation expert, to say nothing of many years of smoking. Though he carried on playing as an amateur, he abandoned his dream of becoming a professional striker.

For 15 years, he lived in Kuwait and he now lives in Rehab city, a gated community in the New Cairo suburb.

But nearly seven decades after kicking his first football, Bahader revived his dream and began applying to join clubs. Finally, he was accepted into October 6, a club that plays in Egypt’s third division.