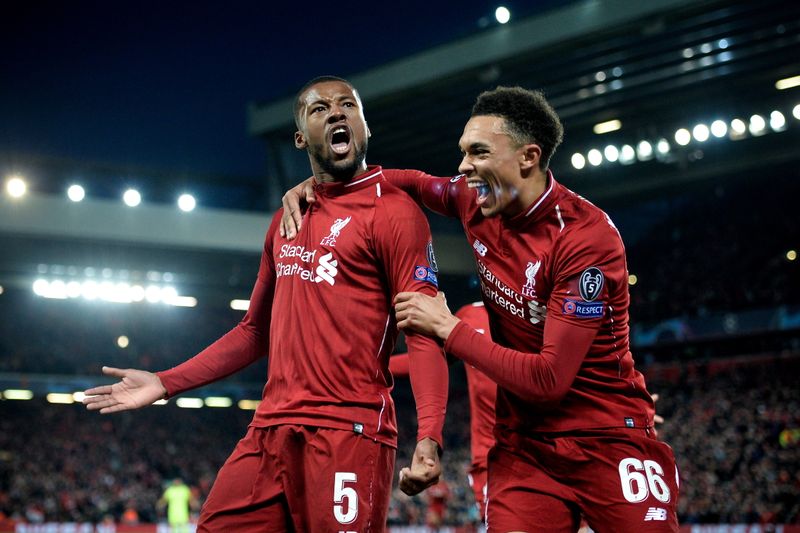 Liverpool produced one of the greatest comebacks in Champions League history to beat Barcelona 4-0 on Tuesday, overturning a three-goal first-leg deficit and advancing to their second successive final with a 4-3 aggregate victory.Two goals each from stand-in forward Divock Origi and halftime substitute Georginio Wijnaldum left Lionel Messi and Barcelona utterly shell-shocked by a Liverpool performance full of passion, belief and determination.

Jurgen Klopp’s side will play the winner of Wednesday’s other semifinal between Ajax Amsterdam and Tottenham Hotspur, with the Dutch side leading 1-0 from the first leg in London.
“Unbelievable. I don’t think many people gave us a chance,” Liverpool captain Jordan Henderson said.
“Before the game we knew that it would be difficult but it was still possible, of course. It’s amazing. We knew that at Anfield we could do something special.”

Liverpool become only the third team in the history of the European Cup or Champions League to come from three goals down after the first leg of a semifinal and progress after Panathinaikos in 1970-71 and Barcelona themselves in 1985-86.