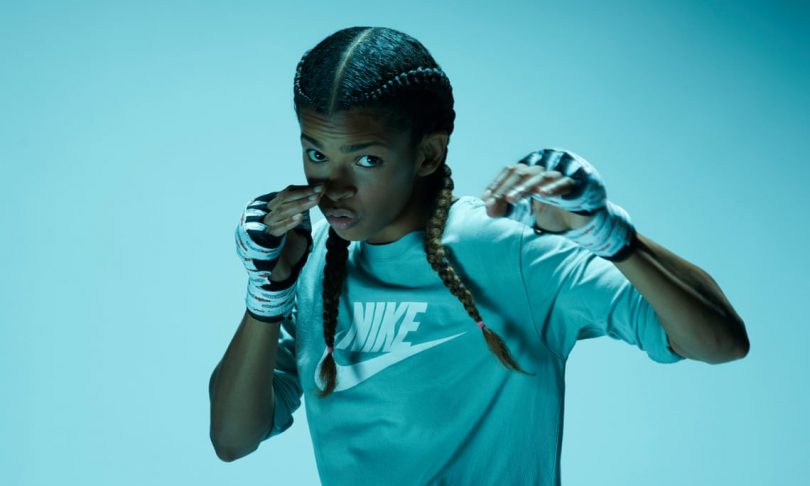 Article by Alex Moshakis, via The Guardian

When Ramla Ali, a British champion boxer, is preparing for an important tournament, she visits the Peacock gym in Canning Town, east London, where Lennox Lewis once trained. There she rattles through a revolving cast of handy sparring partners. Some are women – trusted contacts – but most are men, including today’s foil, Joké Amechi, an amateur boxer who is considerably more powerful than she is. Recently the pair have become good friends. Amechi hits hard, which Ali expects, but he doesn’t turn childishly sour or surly if she begins to outbox him, unlike other men. “One guy broke my nose,” Ali says. “I dented his pride. I couldn’t do anything for, like, six to eight weeks.”

In 2016, Ali won the Elite National Championships, the English Title Series and the Great British Elite Championships, three major amateur tournaments, making her, at least for a short time, the best amateur boxer in the country in her weight division (54kg then; 57kg now). She has won titles around the world, boxed for England at a European Championship and recently became a Nike athlete (associates include Serena Williams, Simone Biles and Mo Farah). This month she’s competing at the Women’s World Boxing Championships, the pinnacle of amateur boxing, which are being held in New Delhi, India, and where Ali is expected to leave a mark. She’s travelling with an entourage of sorts: her coach, her husband and a film producer, who are all the same person.