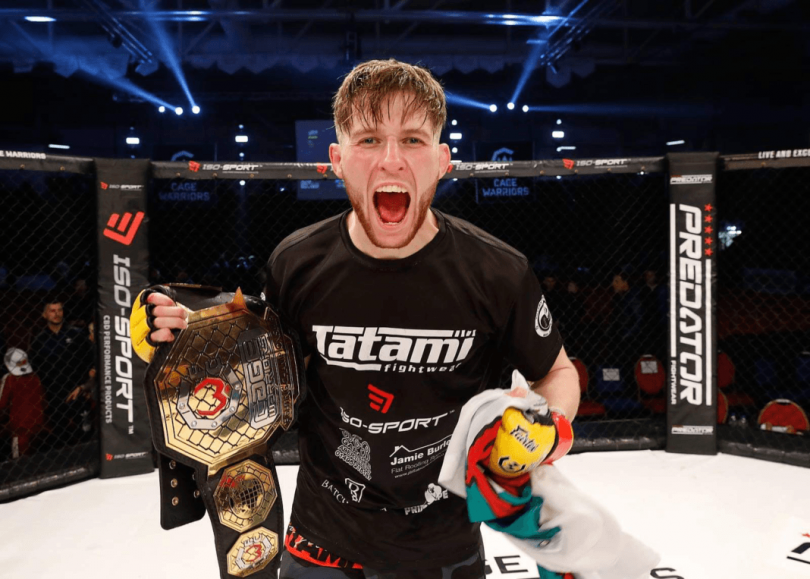 Opening up the UFC Copenhagen card was the debut of undefeated Cage Warriors bantamweight Jack Shore. Shore, who won and defended the 135lb title in that promotion, was facing Nohelin Hernandez, who had dropped his promotional debut at UFC 239 earlier this year.

A must-win for Hernandez, in other words. For Shore, a chance to make a big first impression.

Shore opened up with a leg kick, followed by a right hand. Shore was utilizing a variety of kicks, throwing a headkick prior to shooting for a takedown that Hernandez stuffed. Hernandez backed off following the takedown attempt, and Shore tried to use his jab and left hook. Shore would quickly shoot for a takedown again, and got it this time. Shore would not only get the takedown, but also got the back, and then looked for the rear-naked-choke. However, he couldn’t get the choke, instead opting for landing ruthless ground and pound until the horn sounded.

Hernandez put Shore on the back foot in the second, however, Shore quickly landed a right hand before shooting for a takedown. Which he then got, quickly moving to mount. Hernandez scooted out and they moved into the clinch. Hernandez then separated and landed a good clean right hand, before the two began trading hooks. Hernandez then tagged Shore with a left hook that put him on his back foot again, however, Shore would get a takedown and soon finish the round out on top.