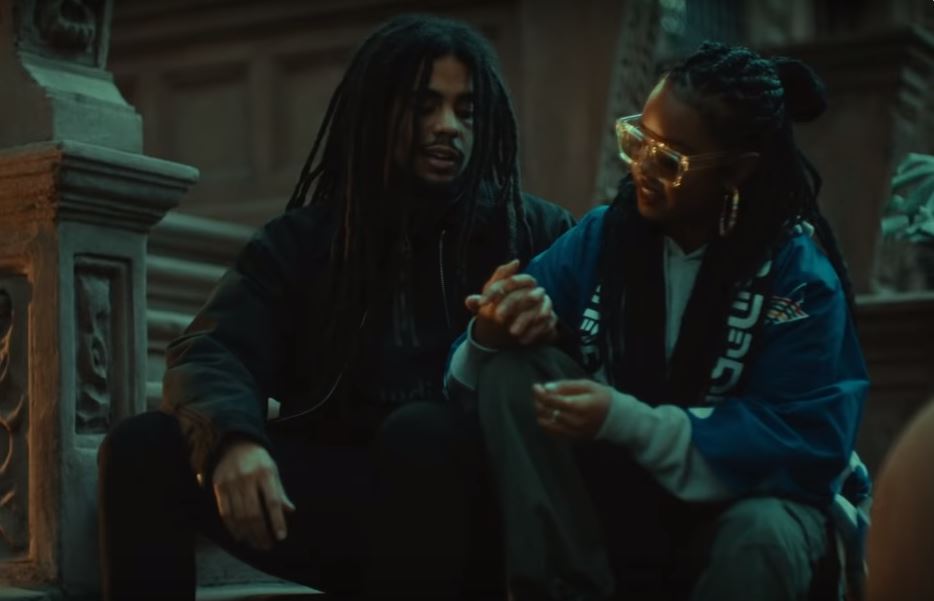 Skip Marley and H.E.R. Showcase Chemistry in ‘Slow Down’ Video

Skip Marley and H.E.R. have shared a sultry new video for their collaboration “Slow Down”.

The Lacey Duke-directed video sees the grandson of Bob Marley and the rising R&B artist embracing newfound love in New York City. Throughout their journey through the city, the pair passionately sways under the green lights of a party uptown, before taking a giddy trip on the subway.

Marley and H.E.R. first premiered the song during a show at the Hollywood Bowl with Lauryn Hill in October.

In November, Marley revealed what drew him to collaborating with the “Slide” singer.

“When I made the song, I was looking and wondering who could be a feature and then I thought of H.E.R. because I love her vibe and her energy really. As soon as I heard the [completed] track I was in love,” Marley told Vibe Magazine.

In addition to “Slow Down,” Marley released a number of singles the past year including his solo track “Enemy”, “That’s Not True” featuring Marley’s uncle, Damian “Jr Gong” Marley and his Major Lazer collaboration “Can’t Take It From Me”.

Aside from Marley’s latest string of releases, the reggae singer hadn’t released new music since 2017 when he shared a handful of singles and teamed up with Katy Perry on her song “Chained to the Rhythm”.

Watch the video below.