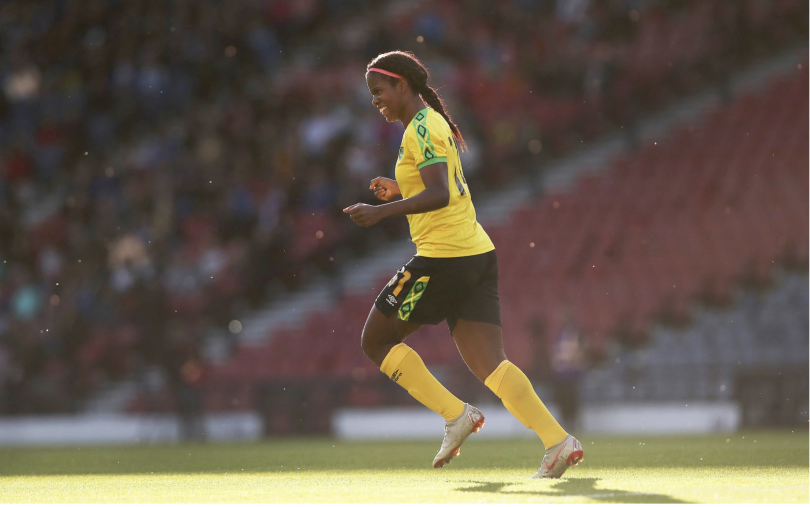 Upon graduating from the University of Tennessee last month, Khadija Shaw allowed herself a quiet moment of self-congratulation. She was the first in her family to receive a college degree. She had persevered through tragedy, having lost three brothers to gang-related violence in Jamaica and a fourth to a car accident. And now she was headed to the Women’s World Cup with Jamaica’s Reggae Girlz, with a chance to become a breakout star.

World Cups have a tendency to produce breakout stars, players who previously performed under the public’s radar but who, given a global stage and a moment in the spotlight, suddenly burst into the broader public consciousness. Shaw, a goal scoring force on a team appearing in its first World Cup, could be this year’s model.

At 5 feet 11 inches, Shaw is sturdy and strong at forward, but also quick and inventive, with a spontaneity developed from playing pickup soccer with boys in Spanish Town, Jamaica, outside Kingston, the capital.“She can play four feet tall and 10 feet tall,” said Hue Menzies, Jamaica’s coach. “You can’t teach it. She’s got the technical ability to do a lot of things women her size don’t do. Being in the streets does that.”Pensky called Shaw “the Zion Williamson of soccer,” a reference to the former Duke basketball star who entranced the nation last season as a freshman with a guard’s deftness and a forward’s body.