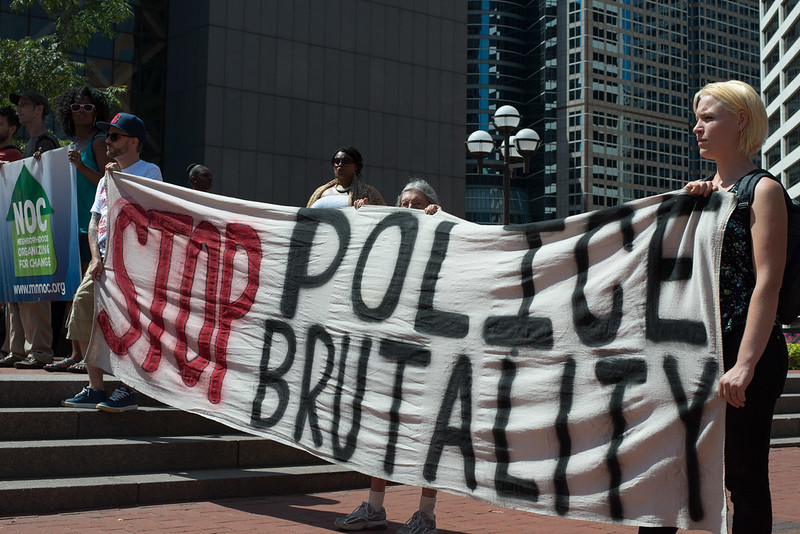 Article by Rozina Sabur, The Telegraph (via Yahoo! News)

The FBI is investigating the death of a black man who was pinned down by a white police officer in Minneapolis in a case that has drawn comparisons with Eric Garner, the African American man who died in 2014 after being put in a chokehold by police.

Footage of the arrest of the unnamed man on Monday night showed the man pleading “please, I can’t breathe” with the officer, who then kept his knee on the man’s neck for several minutes after he stopped moving.

The footage of the arrest drew condemnation from officials across Minnesota. “Being black in America should not be a death sentence,” said Minneapolis Mayor Jacob Frey, as he apologized to the black community.