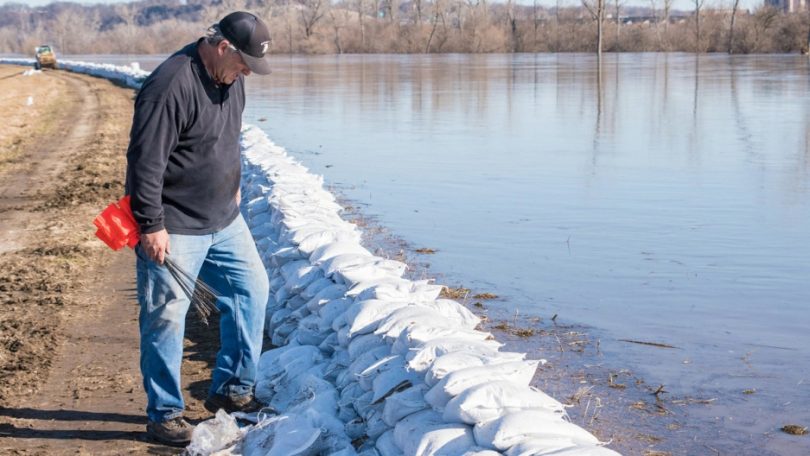 The rain and floods that have plagued the Midwest since March have wreaked havoc on agriculture. In Nebraska alone, farmers lost an estimated $440 million of cattle. They’re still recovering from the blizzard–flood combination, as well as the sand left behind once the waters subsided—up to 10 feet deep in some areas. The effects weren’t limited to the region: Washed-out infrastructure meant that feed wasn’t making it to California farmers, causing an increase in local feed prices. The rain has also put many farmers far behind their planting schedules (see the #NoPlant19 hashtag on Twitter), which could further affect the ag market and rural economies.

On the other side of the globe, northern Queensland’s seven-year drought was broken by welcome rain—which quickly turned into epic flooding. Rainfall in the region measured 50 inches in 10 days, and with high winds and low temperatures. Across the area, loss estimates have totaled nearly 700,000 cattle, 48,000 sheep, 10,000 kilometers of fence, and 15,500 kilometers of private roads. The financial total is eventually expected to reach AUS$2 billion (about U.S.$1.4 billion).

Patrick Hick, manager of Argyle Pastoral Company, a family-owned cattle station with 16,000 Brahman cattle on 600,000 acres in Julia Creek, Queensland, estimates the farm lost 6,000 head of cattle. “I’ve seen big floods before and big stock losses, but not to the extent of this,” he says.

These are both recent examples of “food shocks”—abrupt disruptions to food production. Food shocks can occur because of political unrest, policy change, and mismanagement, but the biggest factor is extreme weather. As the effects of climate change intensify, extreme weather events like these will likely become more common and more intense, threatening food production around the world. If food shocks continue to increase in occurrence and severity, as a recent study predicts, then we should expect extended disruption along the entire food supply chain, which will affect everyone from big agricultural interests to subsistence farmers—as well as everyone who eats.