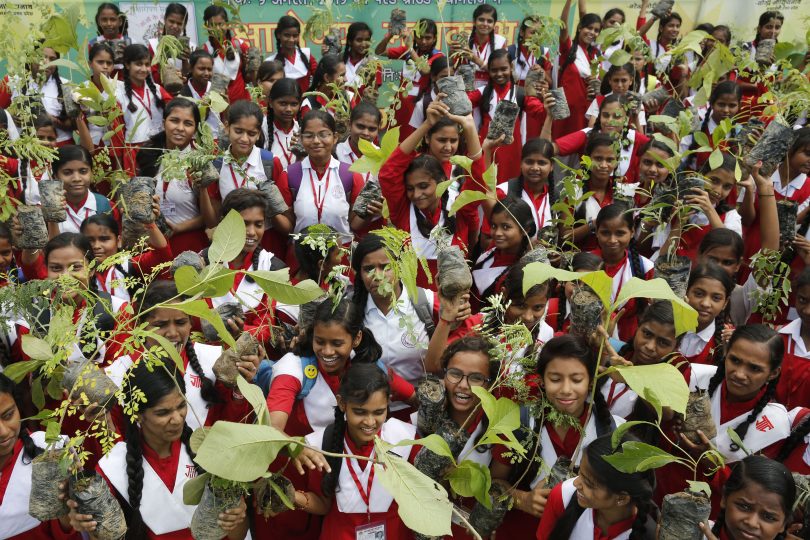 LUCKNOW, India (AP) — More than a million Indians planted 220 million trees on Friday in a government campaign to tackle climate change and improve the environment in the country’s most populous state.

Forest official Bivhas Ranjan said students, lawmakers, officials and others planted dozens of species of saplings Friday along roads, rail tracks and in forest lands in northern Uttar Pradesh state. The target of 220 million saplings was achieved by 5 p.m.

Ranjan said the trees, including 16 fruit species, will increase forest cover in the state.