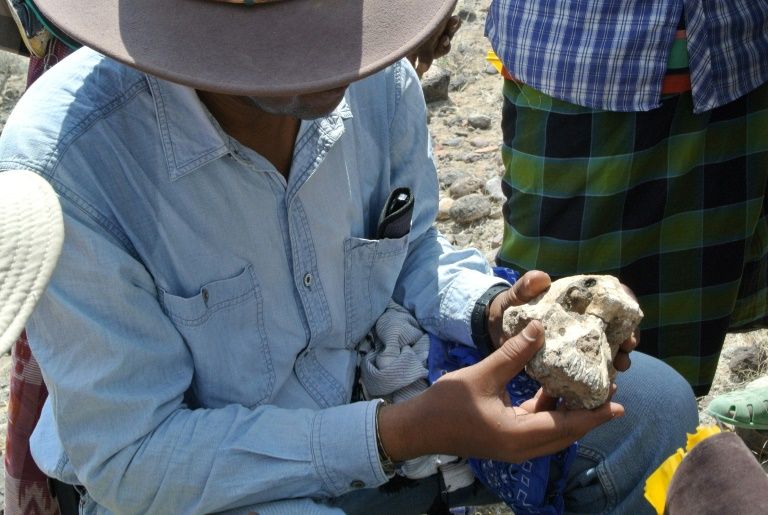 The 3.8-million-year-old skull of the early human was unearthed in Ethiopia (AFP Photo/HO)

A “remarkably complete” 3.8-million-year-old skull of an early human has been unearthed in Ethiopia, scientists announced Wednesday, a discovery that has the potential to alter our understanding of human evolution.

The skull, known as “MRD”, was discovered not far from the younger Lucy — the ancient ancestor of modern humans — and shows that the two species may have co-existed for about 100,000 years.

“This skull is one of the most complete fossils of hominids more than 3 million years old,” said Yohannes Haile-Selassie, the renowned Ethiopian paleoanthropologist of the Cleveland Museum of Natural History who is a co-author of two studies published Wednesday in the journal Nature.