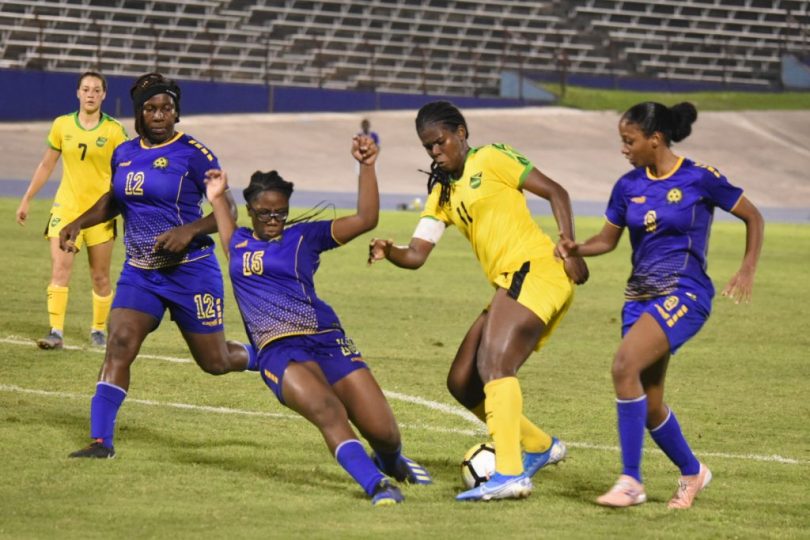 Image and article via CNW.

KINGSTON, Jamaica – After defeating Cuba 12-1 in their first Olympic qualifier, the Reggae Girlz continued their winning streak last night with a stunning 7-0 win over Barbados.

With their star player, Khadija “Bunny” Shaw on the field after missing the first qualifier, Jamaica remained at the top of Group B with six points and 19 goals to their stats, while conceding only one.

Cheyna Matthews continued her rich form with goals in the second and 23rd minutes. Sashana Campbell added a third goal in the 33rd minute, while Trudi Carter (34th and 36th) also had a brace.

Chinyelu Asher (70th) and Shaw (90th) got one apiece with the other being a sixth-minute own goal by defender Tia Brigg-Thompson.

Reggae Girlz assistant coach Hubert Busby said the team played well but the performance could have been better.

“It was a good game but there were lows,” he said. “Goals change matches and we could have had some more. But their ‘keeper’ had a very good game.”