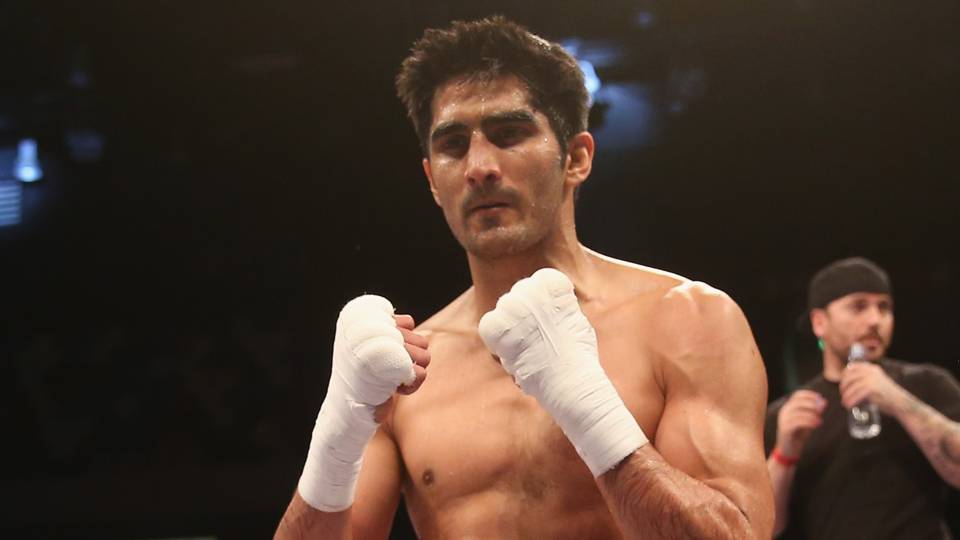 Vijender Singh pounds on the heavy bag under the vigilant eyes and guidance of Freddie Roach at the legendary trainer’s Wild Card Boxing Club in Hollywood. This has been a snapshot of the daily scene at the Vine Street gym over the past two weeks. The undefeated Indian super middleweight has been honing his skills in two-a-day morning and evening training sessions in preparation for his U.S. boxing debut April 12 at Staples Center in Los Angeles.

There, Singh (10-0, 7 KOs) will face Calvin Metcalf (9-1-1, 2 KOs) on the undercard of the Vasiliy Lomachenko-Anthony Crolla fight, streaming live on ESPN+.

At a ripe 33, Singh easily could have chosen to wind down his career in India, having already won a bronze medal in the 2008 Olympics to become the first Indian boxer to ever win an Olympic medal, and being the reigning WBO Asia Pacific and WBO Oriental super middleweight titleholder, competing in his homeland and the U.K. Instead, the Haryana, India product is dreaming even bigger, as in conquering the U.S. and becoming India’s first professional world boxing champion.