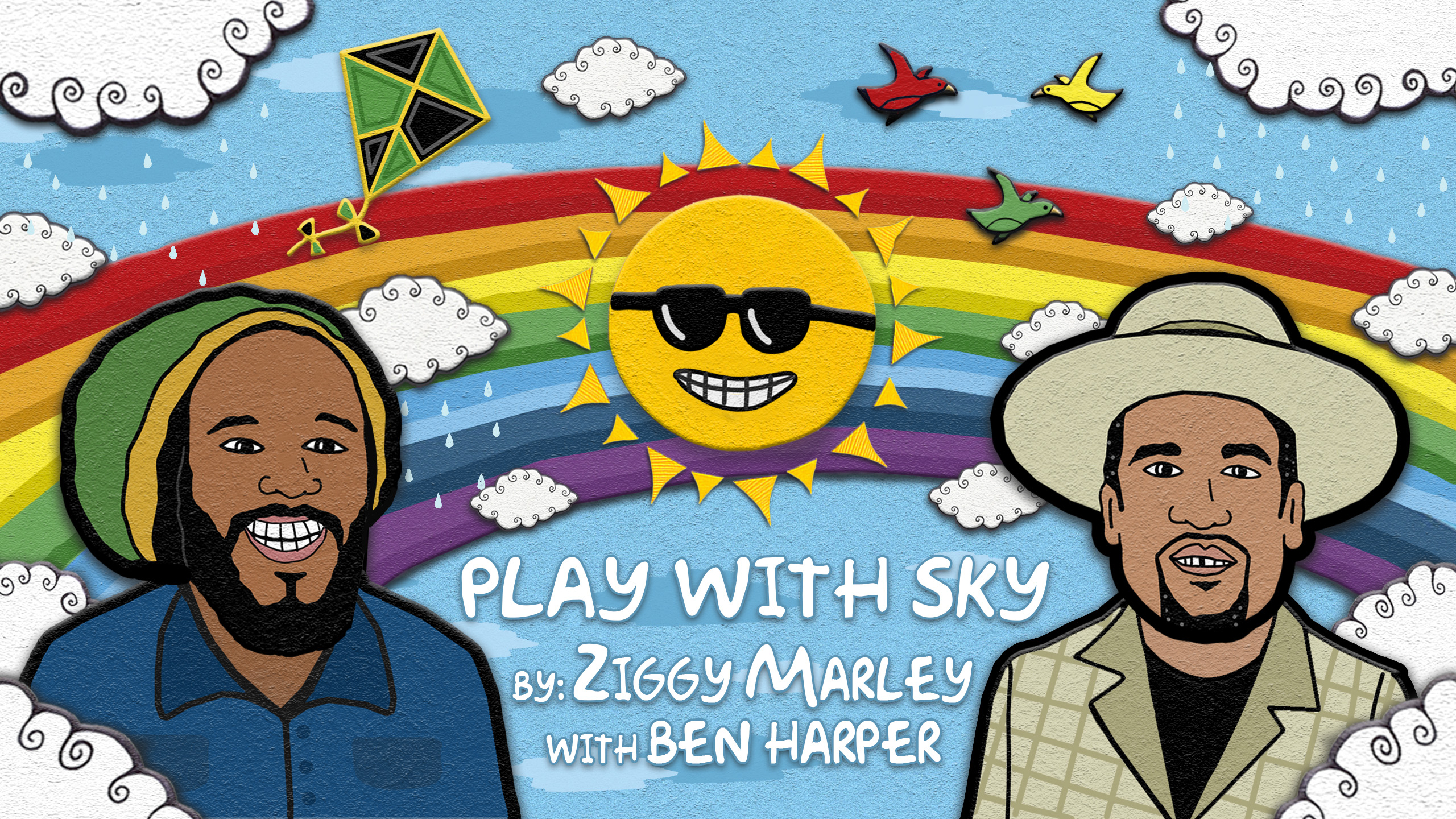 Ziggy Marley releases his new song, “Play With Sky” with Ben Harper, today. Listen here! Watch the animated video for the track here! The track, written by Ziggy, comes from his new upcoming family album, which he also announced today. The album, MORE FAMILY TIME, is a follow up to his 2009’s Grammy® and Emmy winning album, Family Time, and is due out September 18th on digital and CD.

To create the album, Ziggy aimed to capture the energy of his 4-year-old son and put it into music form, the result will captivate children, while also keeping their parents engaged via his signature Reggae sound. “Children are wonderful people and now more than ever they need our attention and love. These songs I hope will bring joy to your family as it does to mine,” says Ziggy.