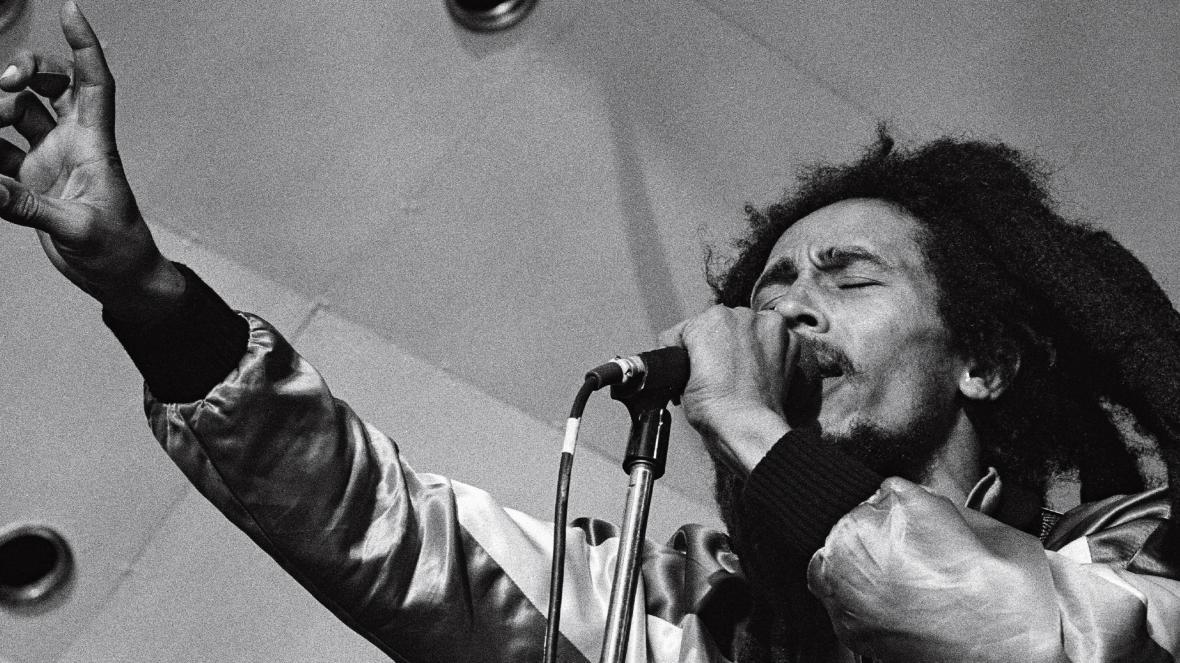 Article by Clive Davis, via The Times (UK)

To anyone who grew up with his music, it seems hard to believe that Bob Marley would have turned 75 this year. The king of reggae was only 36 when he succumbed to cancer in 1981. And when you bear in mind that the album that most people associate with him, Exodus, only appeared in 1977, you realise how fleeting his reign really was.

The pictures in Bob Marley: Portrait of the Legend, a new book from the upmarket publisher Rizzoli, span a short period. Chosen by one of his sons, Ziggy — a singer-songwriter in his own right — all were taken between 1976 and 1980. It was an extraordinarily prolific phase. And today the music of Bob Marley and the Wailers is everywhere — sometimes in the dreamy, hippyish form of the hit anthem One Love, sometimes in the more uncompromisingly militant shape of Get Up, Stand Up! Recorded long before the advent of Black Lives Matter, the song will provide the title of an eagerly awaited West End musical based on Marley’s life, due to open (pandemic permitting) in spring next year.