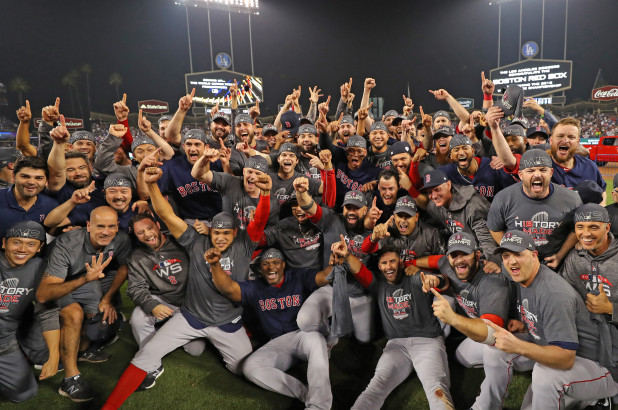 Needing a win Sunday to finish off the Los Angeles Dodgers, the Red Sox scored two runs in the first inning to take an early lead and would never relinquish it en route to a 5-1 victory in Game 5. Postseason hero Steve Pearce clubbed Clayton Kershaw’s sixth pitch of the evening over the left-field wall at Dodger Stadium, and Los Angeles never recovered. He added a solo homer in the eighth inning.

After allowing a home run to David Freese on his very first pitch of the night, David Price took over. The 33-year-old lefty cruised through seven-plus innings, mixing four- and two-seam fastballs with his reinvigorated changeup to flummox the Dodgers’ lineup as it faced elimination.