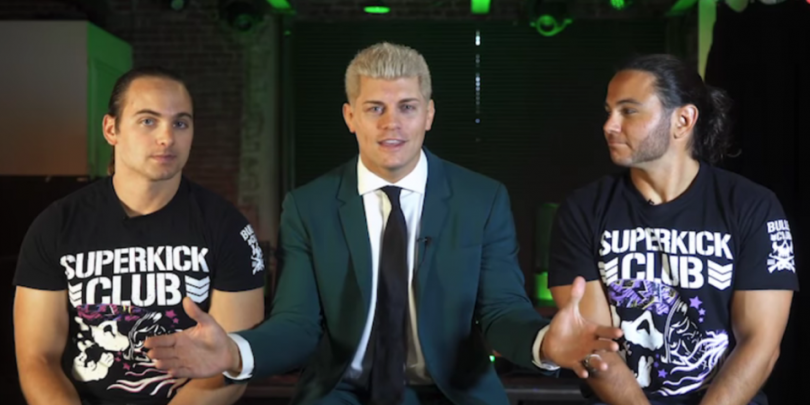 Article by Alfred Konuwa, via Forbes

After several months of speculation, Cody Rhodes and the Young Bucks have finally announced the rumored All Elite Wrestling promotion.

“Last time, we went all in. This time, we go Double or Nothing,” said Cody as part of a midnight announcement that advertised a Double or Nothing event featuring Rhodes, his wife Brandi, the Young Bucks, Adam “Hangman” Page, Christopher Daniels, Frankie Kazarian and Scorpio Sky. A rally was announced at TIAA Bank Field in Jacksonville for January 8 at 5 pm ET. While there is no television deal announced, PWInsider reports there are multiple offers in place.

The promotion will be backed by Tony Khan of the billionaire Khan family while Rhodes and the Young Bucks are all expected to have mutli-year deals.

Chatter about a possible national wrestling promotion began as early as October, when consummate pro wrestling revolutionary Chris Jericho vehemently denied any involvement with a new wrestling promotion or AXS TV. This came in response to reports that Jericho and WWE Hall of Fame announcer Jim Ross were in talks to launch a promotion.