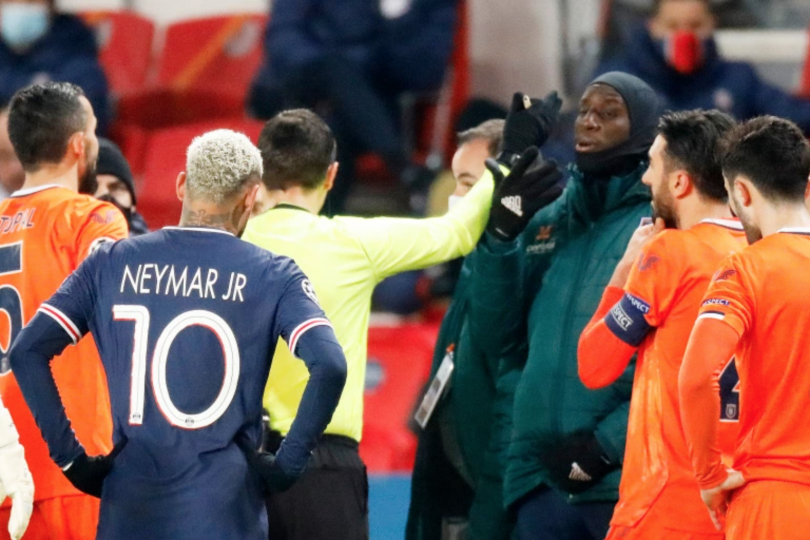 Tuesday’s UEFA Champions League match between Paris Saint-Germain and Istanbul Basaksehir was supposed to be anticlimactic, as an expected win at home for PSG against the overmatched, already-eliminated Turks would send Neymar and Co. into the knockout stage.

Instead, an incredible scene played out at the Parc des Princes in the French capital, with both teams eventually walking off the field in the first half after the fourth official allegedly directed racist language toward one of Istanbul’s assistant coaches.

According to the visitors’ official Twitter feed, assistant coach Pierre Webo, who is black, was on the receiving end of the exchange.